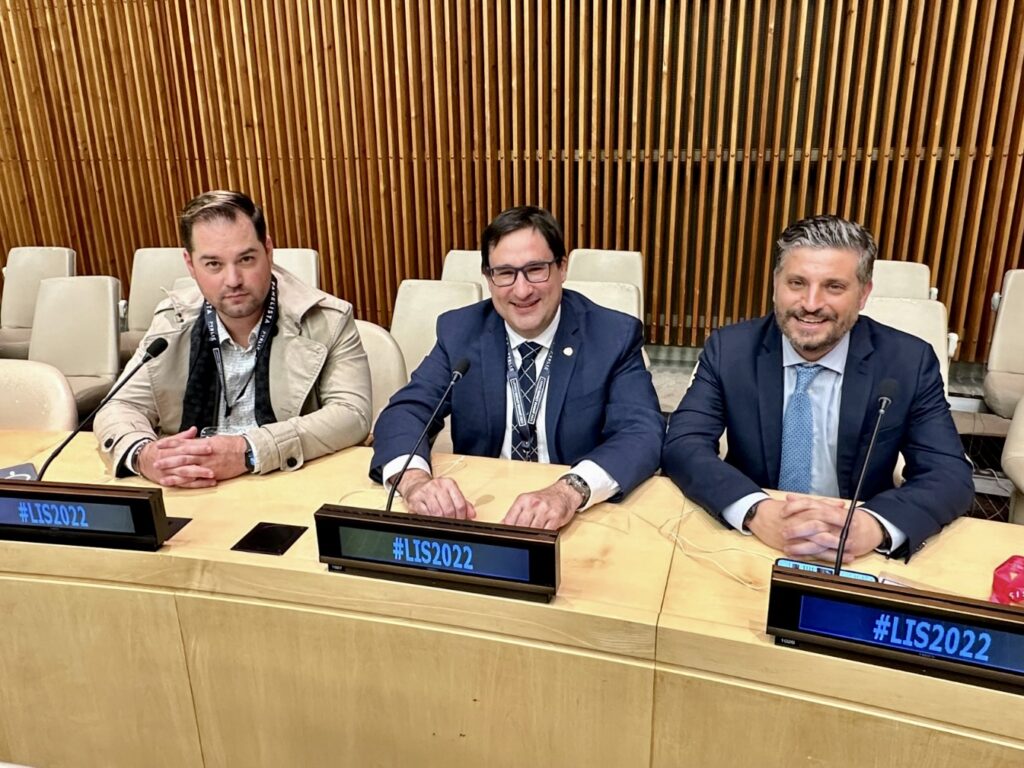 AIJEC President Ruben Sans Solsona traveled to the United States to participate in the Latino Impact Summit, an annual forum that brings together international leaders to promote the 2030 Agenda for the next decade. Sans Solsona appeared on November 3 and 4 at this meeting, which took place within the Economic and Social Council of the United Nations, where he represented the young catalan business fabric in a unique opportunity to share experiences with entrepreneurs from all over the world and bring the name of AIJEC outside our borders.

Institutional meeting with the Government Delegation in the United States
During his stay in New York, the president of AIJEC met with the director of the New York office of the government delegation in the United States, Pilar Pérez Ordoño. The meeting served to discuss the projects of the young catalan business community in the world and the support needs of the business fabric in the internationalization process of their companies.