Ana Vida (Drop&Vase): “I had always been clear that I wanted to be a businesswoman” 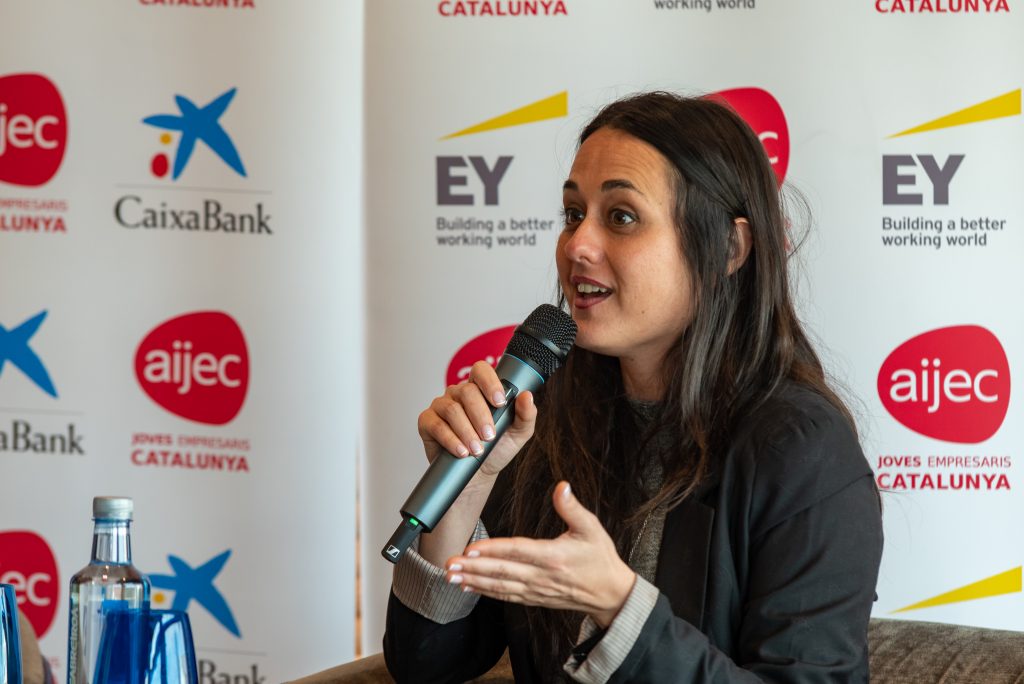 Thirty young entrepreneurs have gathered this Wednesday at the Future Lunch organized by AIJEC Young Entrepreneurs and starring Ana Vida, founder and creative director of the advertising agency Drop & Vase. Vida has reviewed her career and the tools that have helped her consolidate herself as one of the young promises of Spanish advertising.

The publicist recalled how already at university she was clear that she wanted to be an entrepreneur and run her business project. “I told my mother I didn’t want to have any heads. I felt that I wanted to live up to my expectations and you can only do that if you are free, ”said Vida. After working as a copywriter in large agencies, in 2013, she and her partner, David Freixenet, decided to jump into the pool and create this project.

The story of Drop & Vase, for many one of the best advertising agencies in the country right now, is tied to Wallapop. They were responsible for promoting the brand. Life remembers those beginnings. “At the age of 28 you have a very brave creativity and thanks to this vision and another young entrepreneur (referring to the CEO of Wallapop) who told us that if we could show that we could be brave and profitable at the same time, and that is which fills us with more pride than that first experience, ”Vida recalled.

Following the success of Wallapop, other startups began suing for their services, which allowed them to create new code that other brands later attempted to replicate. Asked if the revelation agency label weighs on them, Ana Vida says no. “We spent 5 years working with a production and a creativity where it was noticeable that we were a company led by young people. We are now in a more mature phase, working on all kinds of projects and proving that we can work for any sector.

Dinars of the Future is a meeting format that AIJEC has been organizing since 2021 to share the experience of young entrepreneurs who, with their work and projects, have already become benchmarks.