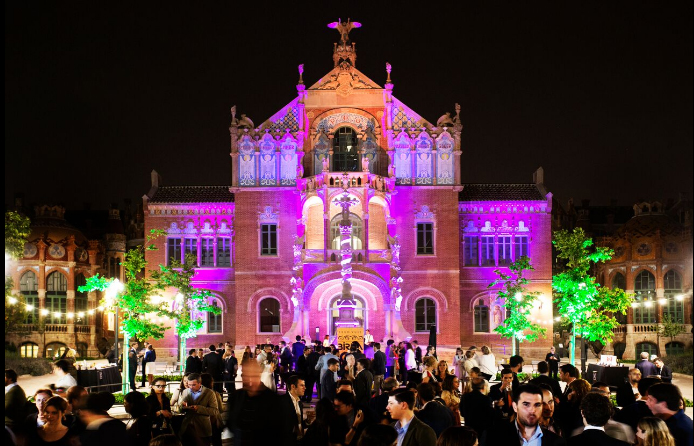 Carlos Duran, of hoy-voy; the twins Eva and Maria Martin, from Tiendeo, and Oscar Pierre, from Glovo, are the three finalists who choose to take home the Young Entrepreneur Award organized by AIJEC, the Association of Young Entrepreneurs of Catalonia. The awards are now in their 29th edition as one of the most important entrepreneurship awards to be held in Catalonia and want to recognize the work, effort and perseverance of young entrepreneurs capable of generating jobs and promoting business projects.

In the category of Best Business Initiative, the three projects that choose to take home the award that recognizes the most innovative business idea with future prospects are Bold, Trioteca and Wipass.

The finalists in the Young Entrepreneur Award

Carlos Duran is co-founder of the hoy-voy driving school chain. Born in 2012, today it was born as the first driving school in the world based on a low cost model and revolutionizing a very traditional sector thanks to technology, to an innovative learning system with an intelligent application that makes the majority of students pass the first time, and a very innovative design. He says years later, the company has 39 driving schools spread throughout Spain and a workforce of 414 workers that serves more than 2,000 students a month. Its more than 110,000 students make it the largest driving school in the state. today it closed the 2021 financial year with a turnover of 18 MEUR, 29% more than the previous year and is currently exploring new forms of mobility and introducing artificial intelligence to its training model.

Eva and Maria Martín are co-founders of Tiendeo, together with Jonathan Lemberger. The startup began as a compilation of catalogs of offers and today helps businesses to increase their sales. Leader in drive-to-store services for the retail sector, the company founded in 2011 has a workforce of more than 170 people and a presence in more than 40 countries. In 2021, it grew by 24% compared to the previous year. In April, the twins Eva and Maria Martin will sell Tiendeo to the Italian ShopFully.

Oscar Pierre was 22 years old when he founded Glovo in March 2015. It was in the United States when, inspired by the success of companies such as Airbnb and Uber, Pierre decided to bet, on his return to Barcelona, ​​in a business model based on the digital economy but with a new approach to make time more efficient. In 2017 the company became a unicorn and boosted its international expansion. Seven years later, Pierre and Sacha, the other co-founder of Glovo, have led one of the biggest operations in the technology sector in Spain by joining the Delivery Hero group.

BOLD was born as an engineering consultancy specializing in composite materials, mainly for Formula 1 teams, and has become a company producing electric batteries for sectors such as aviation and for high-performance vehicles . The company founded by Bernat Carreras began operating in 2019 and already has a team of 70 people, an R&D center in the United Kingdom and facilities of more than 3,000 square meters in Montmeló.

Trioteca is a mortgage technology company that offers a digital platform to contract the mortgage that best suits the user’s needs, in an agile and transparent way. The platform co-founded by Sara Orra accompanies the user throughout the process and connects directly with the main banks to offer users the best offers, in real time, and according to their profile and personal characteristics. Trioteca integrates the mortgage offer of 37 banking entities and approves 6 mortgages every hour.

WiPass is an all-in-one solution that merges the physical and digital worlds to create a unique, immersive and connected experience within commercial establishments. The company co-created in 2018 by Mariam Ayadi devised a device that allows you to connect to the internet just by bringing your mobile phone closer. Based on this initial idea, they decided to go one step further and also turn it into a loyalty device, which in addition to offering Wi-Fi connectivity to customers, gives them access to the establishment’s digital services and offers the possibility to communicate with them in real time.

For the vice-president of AIJEC Young Entrepreneurs, and responsible for the Young Entrepreneur Award, Estefania González Campins, “the candidates of this edition and the level of the candidacies presented show the level of young entrepreneurs in the country”. In the same vein, Ruben Sans Solsona, president of the entity, highlights the work done by AIJEC to make visible the work of all the entrepreneurs and companies that work every day to advance their projects.

The 29th edition of the Young Entrepreneur Award will be presented on Wednesday, October 19 at the IMO Group Miranza Convention Center. The event will bring together the

main representatives of the economic, institutional and entrepreneurial ecosystem of the country.