Jordi Pascual: “We were trappers who over the years have learned and evolved to this day.” 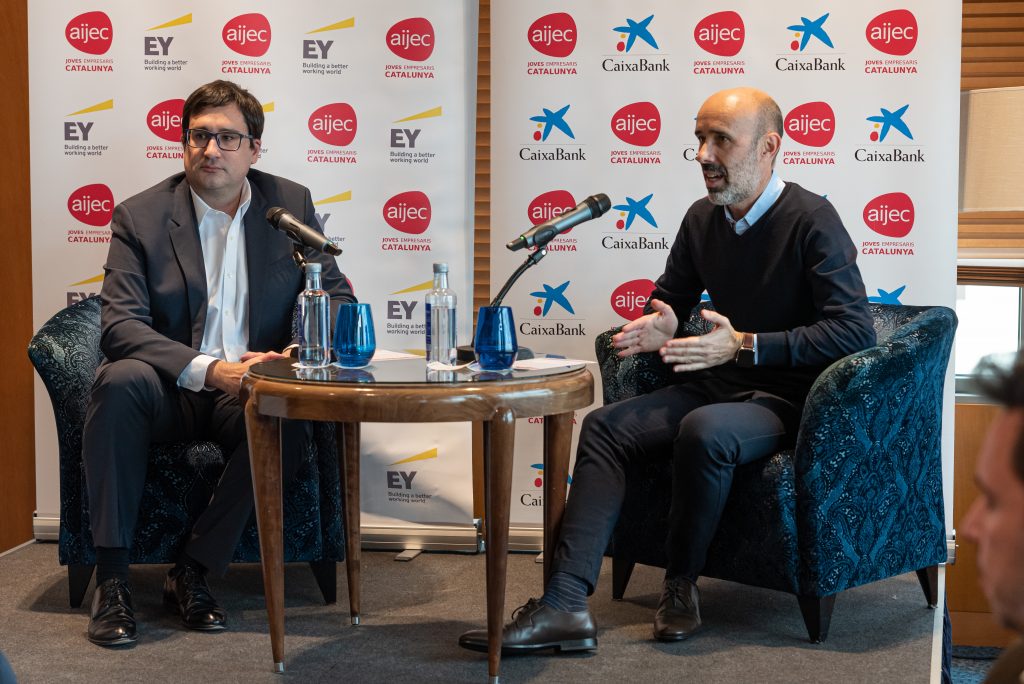 Jordi Pascual, co-founder and CEO of Udon, Barcelona’s Asian food chain, has been the star of this November’s #DINARS_de_FUTUR. Pascual recounted the origins of the company that was born after his father organized a lunch for four to talk about the possibility of setting up a Japanese noodle restaurant. 17 years have passed since that meeting and UDON has nearly 70 restaurants and employs 850 people. Among the reflections that Pascual has left us, we are left with the experience and personal evolution that he wanted to transfer to an auditorium made up of about thirty young entrepreneurs. “We were trappers who over the years have learned and evolved to this day,” said Pascual. #DINARS_de_FUTUR is the new format of meetings organized by AIJEC Joves Empresaris to share experiences between entrepreneurs.
AIJEC uses its own and third-party cookies of a technical and analytical nature. We use them to store your cookies policy and to make statistics on the use of the page. More information
ConfigurationAccept
Cookies policy